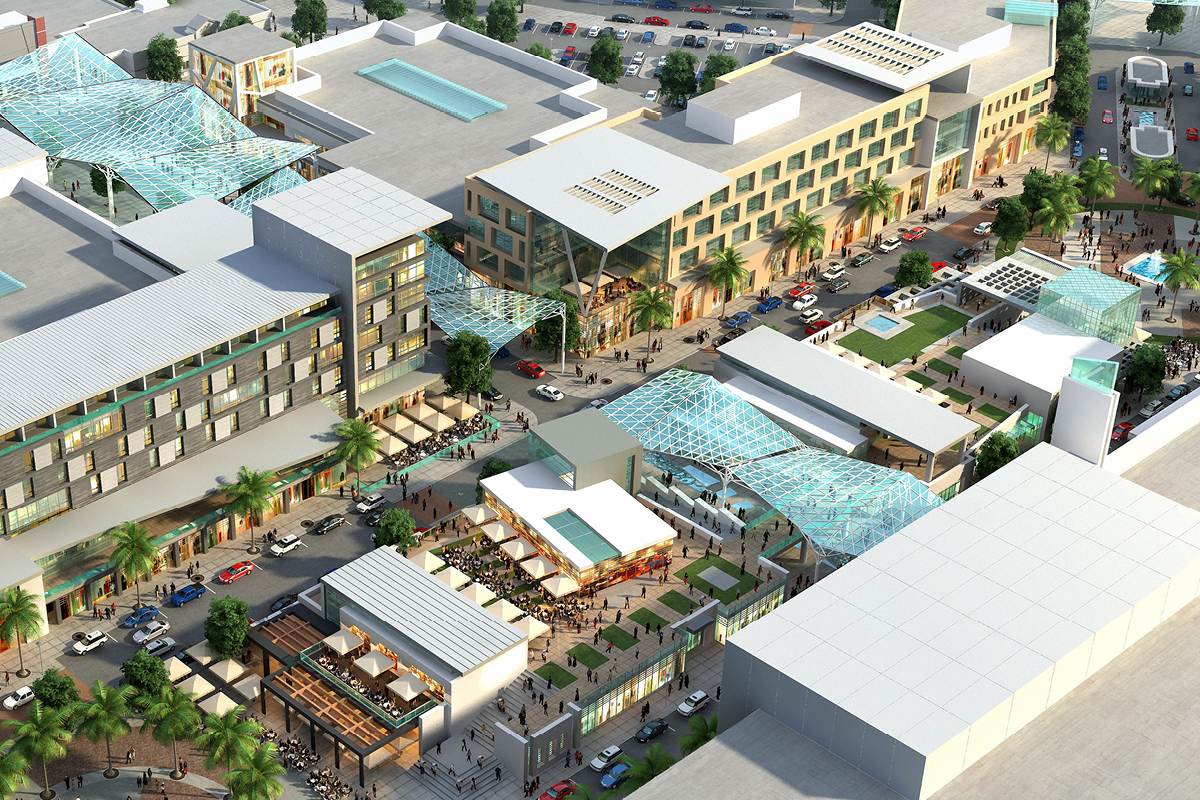 Of all the exporting America does with our trade partners overseas, perhaps the most interesting to us is the ongoing export of design concepts and best practices for reimagining the built environment, especially given the warm welcomes they’ve received from both international developers and the audiences they serve.

Even laypersons in the States who exist outside of commercial real estate development or architecture are quite familiar with the “importing” we do—themed destinations and shopping centers that might borrow culture and influence from foreign lands. Think of Spanish-influenced shopping promenades or Greek-inspired architecture applied tastefully and subtly to buildings and environments.

But what continues to find tremendous favor are what we would regard as “American” styles and design approaches—which some may refer to as “Western” influence—in parts of the world that predate Americana and that have rich histories all their own.

The art of the craft, it is important to note, is not so much to bring obviously American real estate development concepts and transplant them, in whole, to communities across the globe. Instead, the idea is to take what works and what have become proven fundamentals to successful town center design and integrate those concepts authentically into cultures and communities without disruption or discontinuity.

Even though—or perhaps because—markets and villages have evolved into towns and cities far longer and far differently than their counterparts in the States, one must take a strategic and nuanced approach to emulating successful developments that work well in America. One cannot presume that these centers can simply be cloned and repurposed in corners of the globe with centuries of built-in custom and culture.

From Town to Town Center 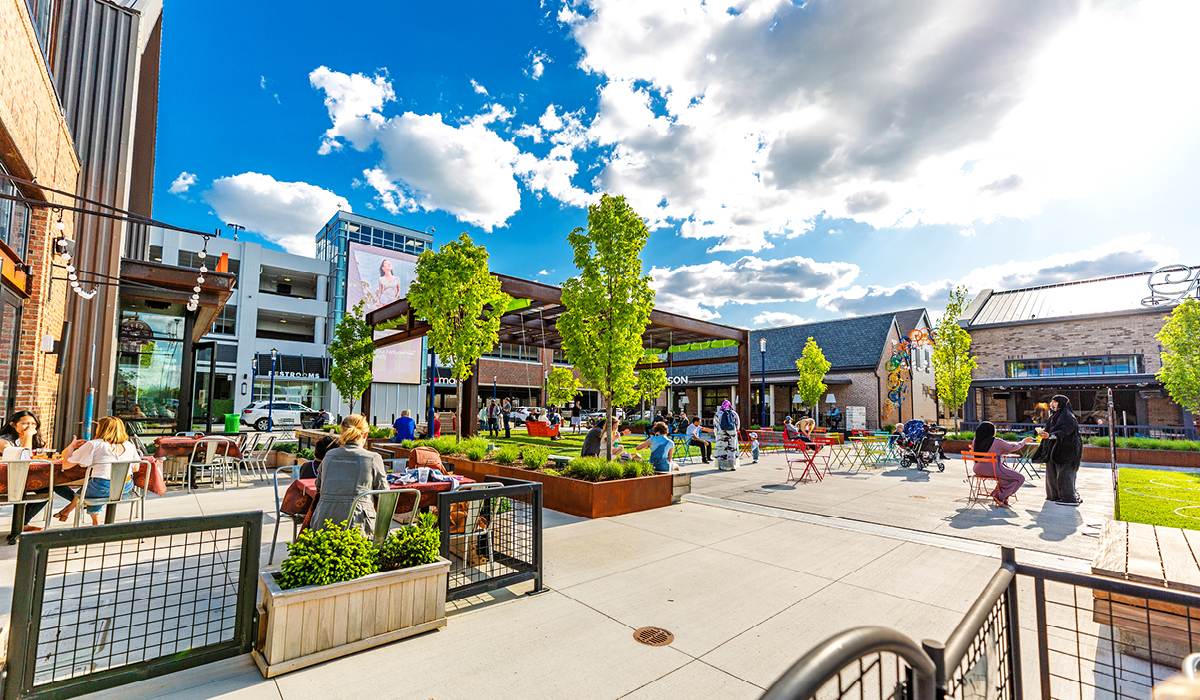 What we posited and later confirmed about town centers decades ago applies today, whether here or abroad. The early success and ongoing appeal of Easton Town Center in Columbus, Ohio is validation that the model works, regardless of geography or seasonal climate concerns. In America, at a time and in places in which all of the shopping centers were once enclosed environments, we knew that the human condition craves the great outdoors and would respond well to alternatives to the traditional mall concept. For centuries, people have come together in open-air spaces: markets, agoras, villages, and outdoor spaces that facilitate the freedom of movement and invite human-to-human interaction. Despite evolution, some things remain the same.

While the town center genre in the U.S. may have started as a reinterpretation of the traditional retail Main Street, these centers have evolved to diversify their offerings with residential, office and hotels. Of course, the popularity of Easton Town Center would kick off a trend that continues to this day: the creation of mixed-use environments that bring the traditional indoor retail experience outdoors. The pandemic, even with its negative impact on retail and entertainment in the short term, did nothing to change these fundamental truths. In fact, quite the contrary. The pandemic perhaps accelerated and/or re-emphasized the public realm and the need for outdoor spaces for shopping, dining, entertainment, recreation and simply gathering in community.

Our international friends have taken note. Even at the beginning of the millennium, when the concept of the modern town center was relatively novel and new, developers were emulating what we were working on in the U.S. in countries like Ecuador, Costa Rica, China, Turkey, Saudi Arabia and Kazakhstan, but doing so in a way that weaves seamlessly into existing culture, civics and history.

So where everything else looks like an enclosed mall, insulated from the elements and open air, the alternative becomes all the more appealing. It was true in the early days of Easton, The Greene, Bayshore, Perkins Row and a great many more, and it remains all the more true in 2022. Developers and their projects can stand out—and allow their patrons to feed their innate desires to be out—by creating town centers that not only borrow from the gathering spaces in our histories, but ones that coexist and complement them as well.

The true art of creating a town center anywhere in the world is making the look, feel and overall project “ethos” authentic to the local environs. In short, the project can’t feel like a project. It needs to blend in, not stand out. It needs to connect to the existing community, not pop up adjacent to it.

As designers and master planners, we go to great lengths to create the illusion that the town center has evolved over time, rather than being built all at once in the present day. We can achieve this by varying and blending architectural styles and building materials, just as our ancestors would have as they built towns, villages and city centers throughout history. Unlike a mall or traditional shopping center, in which there can be a sterility to the consistency of brick and glass used in the entirety of the project, varied styles and construction materials create the impression that each building was erected for a distinct purpose and by each discrete tenant or owner.

We call this “creating an instant history.”

From a master planning standpoint, much can be done to the overall layout of buildings and design of traffic flow. Rigid rectangular grids, for example, may be eschewed in favor of curved avenues with varied pedestrian and vehicular flow patterns, just as you’d expect to see in historic gathering meccas in old Europe or traditional cities and villages from the Middle East to the Far East to South America and the Pacific.

Successful “American”-style town centers overseas celebrate the local culture and citizenry, without feeling artificial or prefabricated. Research needs to be done so that the new blends with the old, remaining sensitive to, and keenly aware of, local customs and culture. 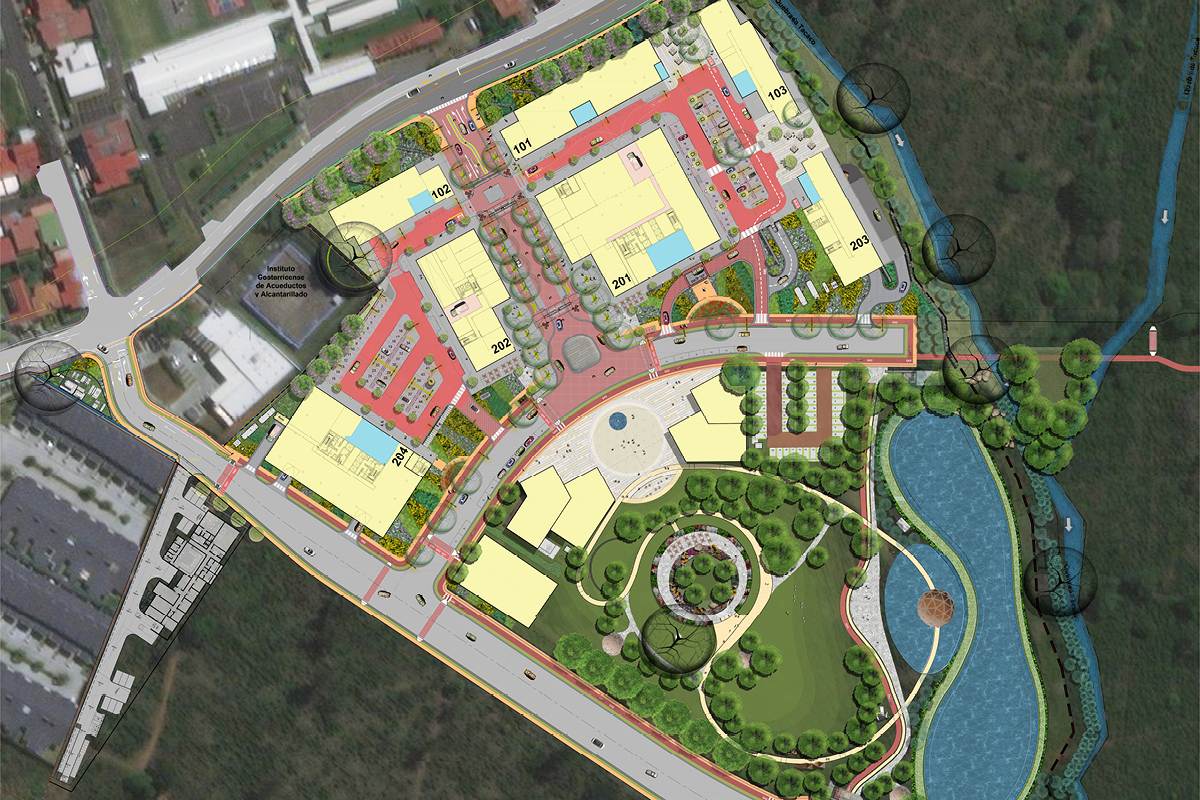 A project like Aleste Village Center illustrates that, while the design fundamentals for creating vibrant, sustainable town centers are universal, it is in their specific and particular application to each locality and community that will determine the success of the town center integrating with and thriving among what stood before it.

This is not to say that there isn’t evolution continually happening in retail and mixed-use centers. Even the Eastons of the world continue to evolve and adapt to changing consumer demands and behaviors. Retailers are getting smaller; anchors are becoming smaller and fewer; and the state of cinemas needs to be continually monitored, as they were once entertainment anchors and centers of gravity within the built environment. But now the future of the format is unclear.

The pandemic changed visitor behaviors as well, as we were first practically forced to seek outdoor dining options then later came to appreciate, and for many, prefer dining al fresco. As designers and developers, we need to bake these new preferences into our design and planning.

Something we’ve learned over the years is that outdoor centers will benefit from having some portion of enclosed space as well. Seasonal climate variance or daily weather events can’t be the sole determinant of whether the center has the ability to serve patrons or not on a given day or during certain times of year.

Projects are getting smaller from a footprint standpoint, driven largely by the decrease of retailers demanding leasable space. But this is giving town center developers the opportunity to scale up, rather than out. Incorporating residential and office above retail—perhaps to a greater extent than before (three-, four- or five-story buildings instead of two, e.g.)—is a genuine and authentic facsimile of downtowns that grew more dense in the era predating urban sprawl.

Food and entertainment tenants comprise a larger percentage of the overall project use. Taking this trend, which is likely to continue, into account allows the designer and developer to imagine new and innovative master plans that might not resemble a “shopping center” in the traditional sense, but more of a bazaar or some other hub of human interactivity.

…The More They Stay the Same

What hasn’t changed in the three decades that we’ve been designing town centers domestically and internationally is a concept we hear often: “Live. Work. Play.” Many in the pandemic have lamented the “bubble” they’ve lived in for months. But the truth is, we humans gravitate to bubbles.

Town centers, if they are going to be seamlessly woven into the fabric of the surrounding community, need to be walkable. People around the world have consistently and universally demonstrated a true desire to live in a “one-to-five-minute world”—a 24/7 live-work-play lifestyle that has been at the center of human existence for centuries. In this true “town center” community, there exists traffic for businesses after (and during) typical work hours, taking advantage of opportunities for retail tenants to rely on office and residential traffic; and residential tenants and owners can take advantage of nearby dining, shopping and even working options.

Town centers that look like they have standed the test of time will, in fact, stand the test of time. Their appeal will be enduring, and their existence eminently sustainable. The formats that we’ve seen struggle in recent years often look as though they’re detachable from the community they’re supposed to be serving. And if something is struggling and looks to be detachable, it will be tempting to detach it.

But the enduring environments, whether in America or around the world, are those that embraced longevity and continuity aforethought. That, in the end, is the chief export of the American town center ideal: the notion that you’re not building a project, you’re evolving, enhancing and expanding a true community.

If you are planning to develop a new retail center or commercial district and want to learn more about our approach to town center design concepts, please feel free to contact us at 3info@d3i-usa.com.